Artisan Cuisine in the Burren Scribes of Ireland 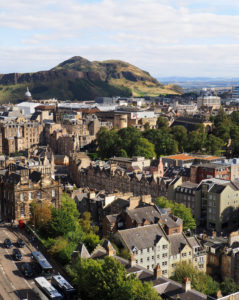 Edinburgh is steeped in history. As you ascend the cobbled Royal Mile towards the Castle, it is as if you are walking back into the past. From the dark alleys of its Medieval Old Town, to the classical sweep of its Georgian New Town, it is impossible to ignore the whispers of Edinburgh’s ancestors.

Edinburgh is a city of stories, and most popular of all are its ghost stories. It is the perfect destination to begin or end your tour of Scotland and the Highlands at any time of year, but most especially during Halloween.

A sightseeing tour with a difference, The Ghost Bus Tours of Edinburgh provide an opportunity to combine a top view on board a classic 1960s Routemaster double decker bus of all the sights of Edinburgh with comic horror theatre.

Departing from Waverley Bridge, in the city centre, the evening bus tour runs all year long and lasts an hour and fifteen minutes. It visits all the famous sites of Edinburgh, the Castle, the New Town, Grey Friar’s Kirk, Old Town, Holyrood Palace and the Royal Mile, as Edinburgh’s macabre history is revealed from murder, and body snatching to executions and the Scottish Witch Hunts of the sixteenth and seventeenth centuries. 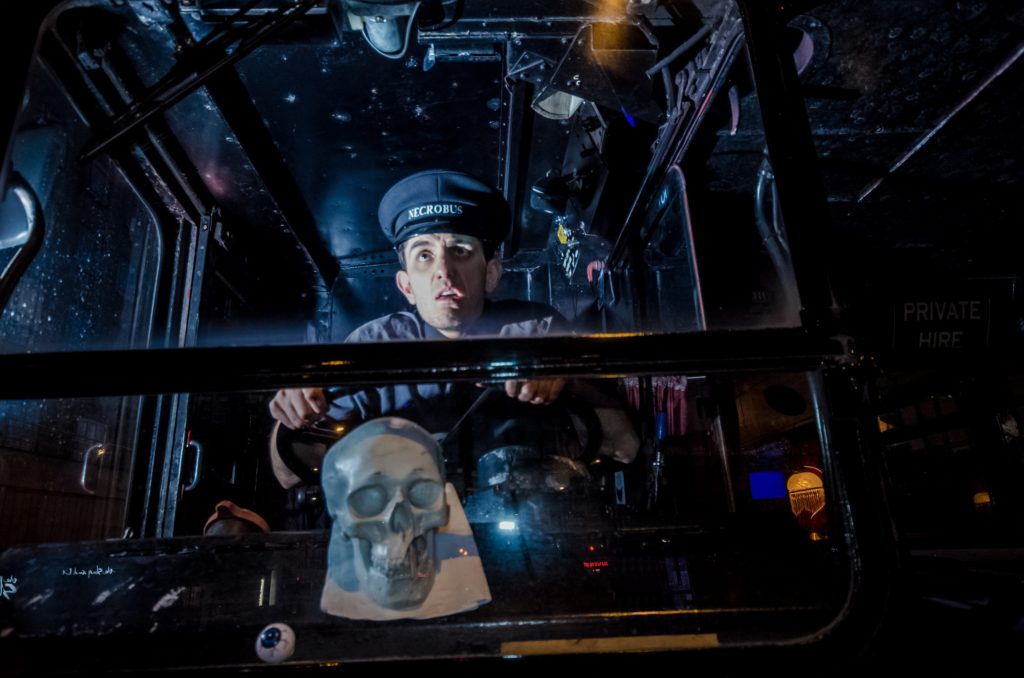 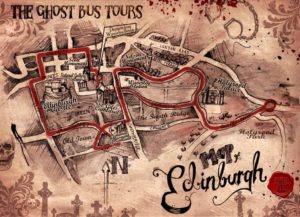 More than a guide bus, the Ghost Bus draws its passengers into its own ghostly atmosphere, as you participate in a darkly comic show. To celebrate All Hallow’s Eve, extra tours run from late afternoon right up until the witching hour.

Continue your spooky explorations of Edinburgh by taking a ghostly daytime tour of Edinburgh’s underground vaults with Mercat Tours available all year round. One of Edinburgh’s darkest sites from the past, the Blair Street Underground vaults were haunted by murderers, vagrants and torturers. As you descend into the vaults, your guide will tell you the true stories of dark deeds and danger that lurked in these ghostly chambers. 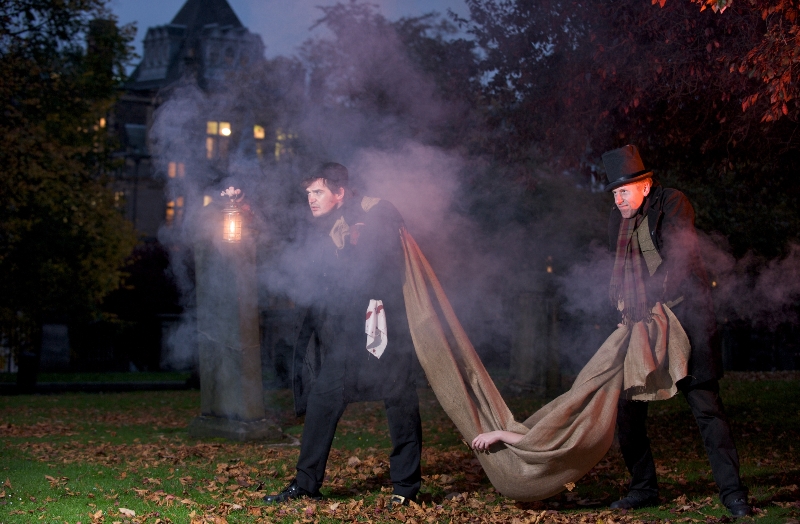 Mercat Tours also run exclusive Halloween themed tours, such as Up Close With Burke & Hare (October 31st, 5 p.m.) a journey through 1820s Edinburgh where you experience the true and horrifying story of murderers and body snatchers Burke and Hare. The tour ends in a tavern with a fortifying drink, though beware the charming Irish stranger who wishes to tell you his dark tale!

All Hallows Eve in Auld Reekie – an affectionate old nickname for Edinburgh that means Old Smokey – is more than ghostly tales, and witchy stories. There is another side to the city at this time of year that speaks of its Celtic heritage, and mystic ancestry. One of the most stunning spectacles of the whole year, The Beltane Fire Society’s Samhuinn Fire Festival is performed on the streets of Edinburgh’s Old Town every 31st October from 9 – 11 p.m. 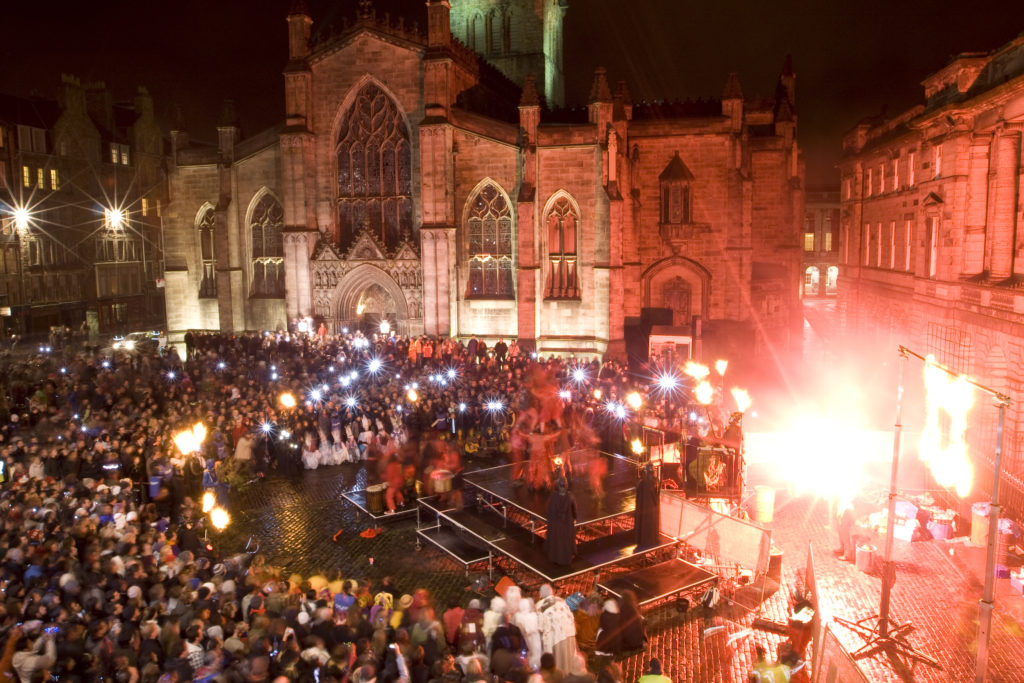 Inspired by Galoshan plays, old Scottish folk theatre, the Samhuinn Fire Festival has grown over the years and is now viewed by thousands. Through performance, music and dance, The Samhuinn Fire Festival tells the story of the defeat of Summer by Winter, through a confrontation between the Summer and Winter Kings, and overseen by the Celtic Goddess, Cailleach. The conflict focuses on the darkness that approaches at this time of year, and the transition that takes place during the changing of the seasons. The event is free, and it is possible to watch the procession down The Royal Mile or the main performance at West Parliament Square. No matter where you stand, or walk, you will be entranced by flames, and bewitched by the beat of the drums, feeling a part of this great Scottish spectacle. 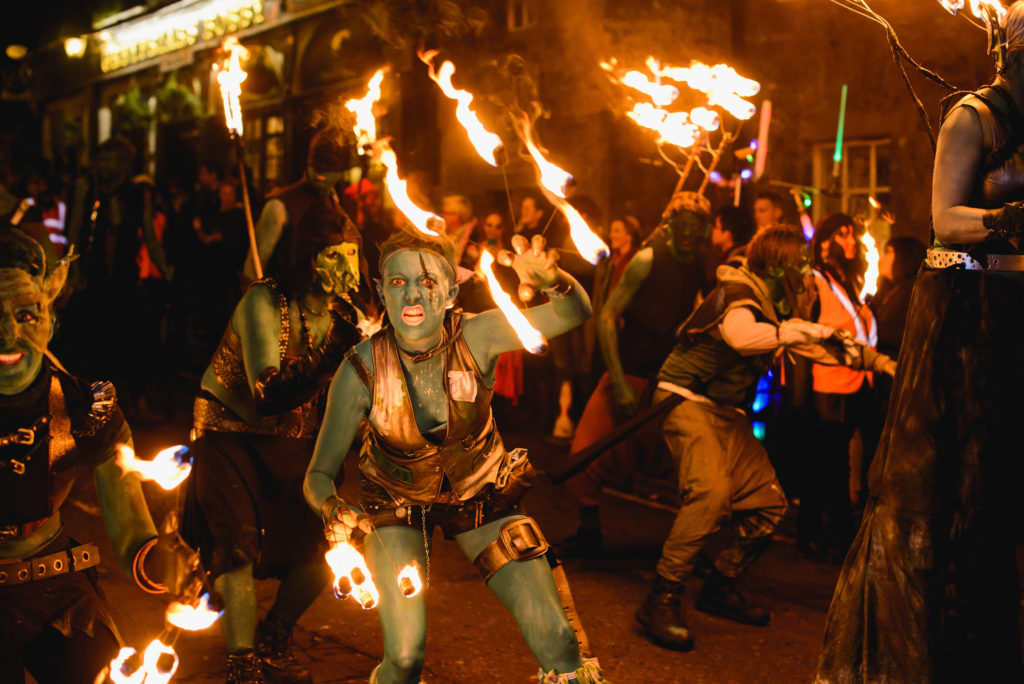 Enrich your Halloween experience of Edinburgh by dining at one of the city’s most magical restaurants, The Witchery by the Castle. Surrounded by ancient oak panelling hung with tapestries, dine on the finest of Scottish produce in an atmosphere of rich Baroque luxury, and culinary excellence. Indulge in The Witchery’s legendary Angus beef steak tartare, or why not try some of their succulent seafood such as fresh Oban oysters, grown in the clear waters of Argyllshire, or Scottish langoustines grilled with chilli butter, home smoked wild sea trout or scallops in the shell. 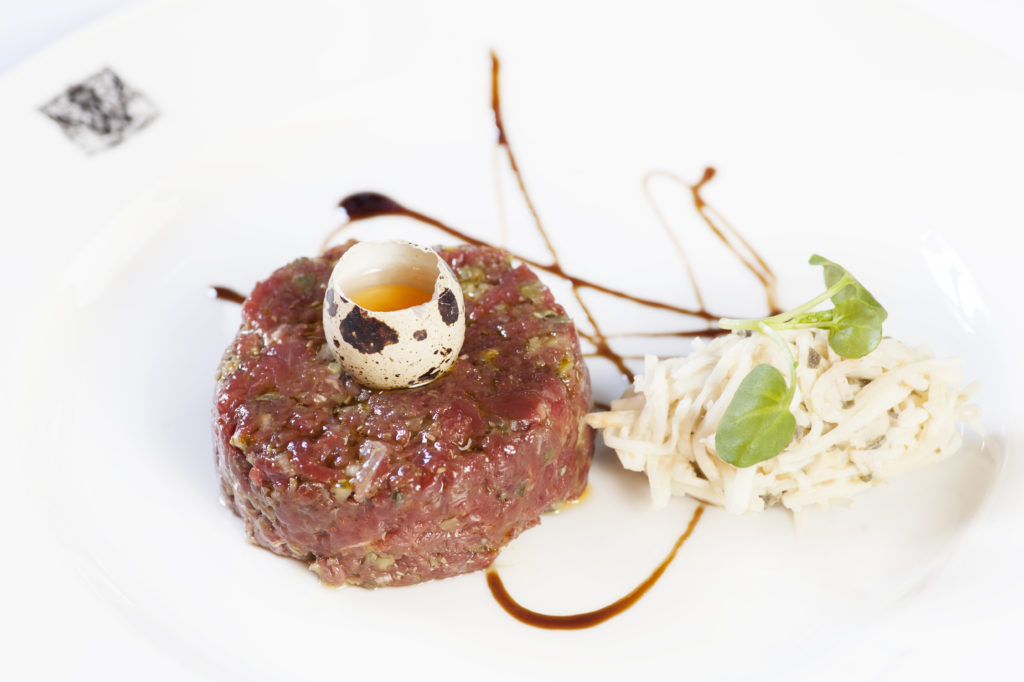 Finish your evening off with a different kind of Scottish spirit and partake in an amber drop of fine Scotch whisky as you ponder Edinburgh’s enigmatic past. Slàinte!

At The Destination Company, we are experts in designing the perfect bespoke Scottish experience with a wide range of our Scottish and Highlands Tours.