Don’t you dream of being at the edge of the world and taking in spectacular views? Well now you can visit Ireland’s Wild Atlantic Way, one of Irelands most valued treasures.  A 1,500-mile touring route along the rugged western coastline, offers far more than stunning scenery.

The culture of Ireland is special. It brims with music, art, language, literature, storytelling, and artisanal cuisine. Ever since the mid nineteenth century, Irish folk have travelled far and wide, ensuring that Irish culture, and festivals such as St. Patrick’s Day, have a global reach. Even Halloween originates from an ancient Celt Autumn festival. Along the Wild Atlantic Way, you will have ample opportunities to immerse yourself in the rich culture of Ireland. 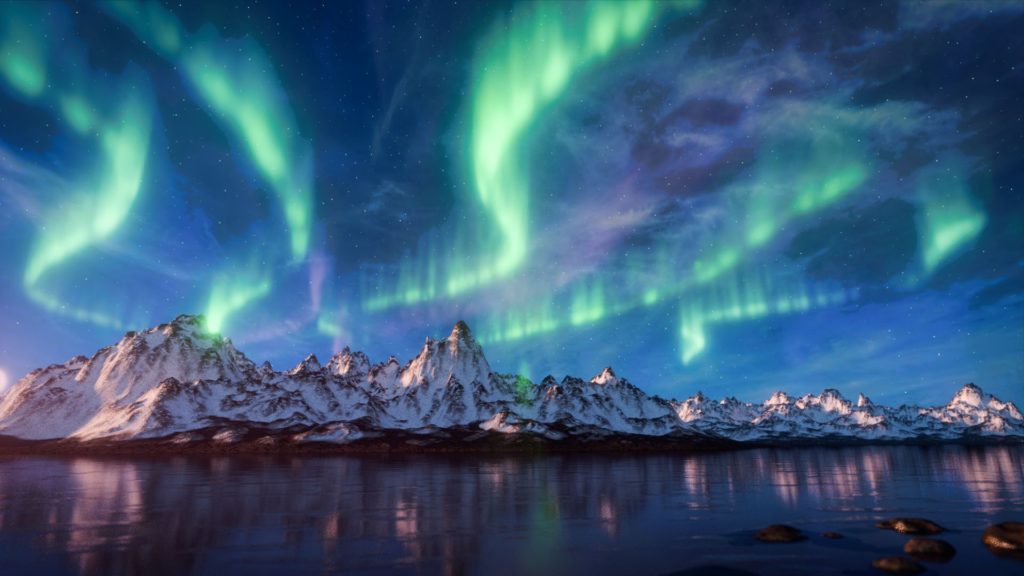 The Aurora Borealis at Malin Head

If your visit to Ireland is during the winter months, you might be fortunate enough to experience a rare sighting of The Aurora Borealis at the most northerly point of the Wild Atlantic Way at Malin Head.

Although most commonly experienced north of the Arctic Circle in Norway, Finland and Sweden, or in Alaska, the Aurora Borealis, or Northern Lights, have sometimes appeared at Malin Head during particularly cold and clear winter nights. This otherworldly spectacle is the result of collisions between gas particles in the earth’s atmosphere with charged particles released from the sun’s atmosphere. The collisions create swathes of coloured light, mostly green, pink, and red that move in waves across the sky at night. The movement of these ethereal lights seem to appear from another universe altogether and it is no surprise to learn of all the many stories and legends that surround them. The Sami in Norway believed they represented the spirits of the dead as they danced towards the next world, whereas the Scottish Gaelic saw them as epic fights among sky warriors.

Explore ancient Irish heritage on the islands of the Wild Atlantic Way. Follow the route from Achill Island to The Aran Islands marked by rugged mountains and peat bogs. Achill Island is known for its tall sea cliffs and pristine beaches. Its breezy shoreline also makes it a popular spot for water sports. The unique beauty of The Aran Islands sing their own song to thousands of Wild Atlantic Way travellers each year.

Upon the Wild Atlantic Way, you will experience some of the most dramatic cliffs, with stunning views. The Cliffs of Moher are one of the world’s greatest wonders, soaring 700 feet above the Atlantic Ocean.

County Sligo is also known as Yeats’ Country. Its rich landscape of mountains, lakes, waterfalls, woods, endless beaches and sweeping coastline, has inspired the writings of the great Irish writer W.B. Yeats (1865 – 1939). Visit Hazelwood upon the shores of Lough Gill and look across to the Lake Isle of Innisfree, the inspiration for Yeats’ poem of the same title, There midnight’s all a glimmer, and noon a purple glow, And evening full of the linnet’s wings.

You can also visit the grave of W.B. Yeats in the village of Drumcliff at the foot of the majestic Ben Bulben Mountains. 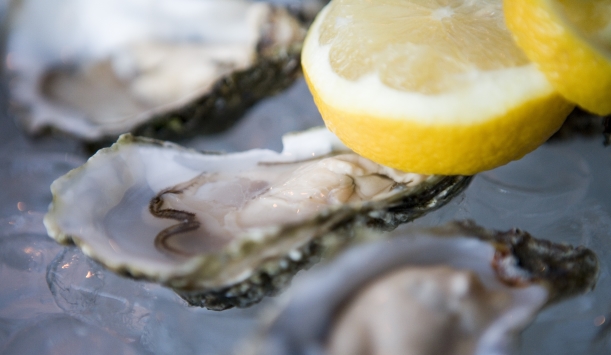 A Taste of the West

As you wend your way along the Wild Atlantic Way, feast upon the delectable flavours of the West Coast. From Sligo’s edible seaweeds and native oysters to the Burren’s distinctive flora-scented honey to succulent Connemara lamb, and delicious farmhouse cheeses, such as Oisin organic goats’ and cow cheeses, St. Tola Goats’ Cheese and Cratloe Hills Sheep Cheese. Enjoy a cheese making demonstration followed by a sheep dog trial!

Escape the bustle of urban life along County Mayo’s 27 mile Great Western Greenway, the longest off-road walking and cycling trail in Ireland. Beginning in the seaside town of Westport, the Great Western Greenway passes through the towns of Newport and Mulranny, running along the beautiful coast of Clew Bay before ending in Achill.

Sleep in a stately home

The Wild Atlantic Way boasts many beautiful castles and manors. Staying in an Irish castle immerses you in a sense of Ireland’s history, while enjoying top class luxury. Dromoland Castle is one of Ireland’s premier castle hotels. Situated close to Shannon airport in County Clare, the majestic Dromoland Castle and its estate covers 400 acres, with an enchanting lake.

Ireland’s Manor Hotels are all privately owned, unique, luxurious and full of character. Their country houses offer you the chance to relax in the heart of natural beauty, while their townhouses provide a restful base from which to explore Irish towns and cities. 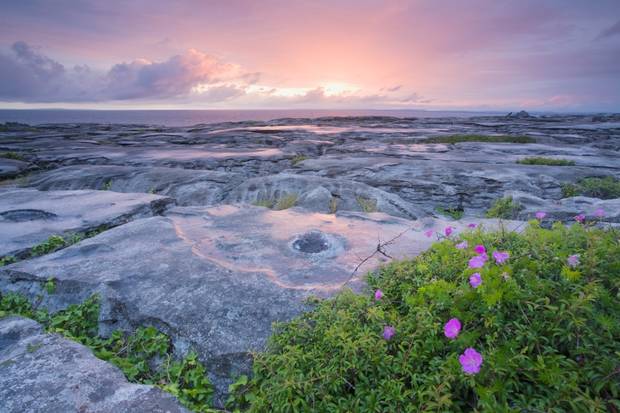 The Burren in County clare

Explore the ethereal lunar landscape of The Burren in County Clare in the southwest of Ireland. A vast cracked pavement of glacial limestone, cliffs and caves, fossils, rock formations and archaeological sites, The Burren is an unforgettable experience.

At the northern tip of Ireland, in County Antrim, visit The Giant’s Causeway, an area of about 40,000 interlocking basalt columns. An ancient volcanic eruption helped the Irish giant Finn McCool (In Irish, Fionn mac Cumhaill) forge this wonder of the world some sixty million years ago. Appearing as huge rugged stepping stones, a visit to The Giant’s Causeway takes you back to ancient Ireland, a land of legends, and Celtic tribes.

Explore hidden jewels of Ireland on horseback. Ride along the deserted Trawalua Strand near Cliffony. Not accessible by car, you are more likely to see cows wading in the water than people.
Escape by horseback to Classiebawn Castle. Previously owned by Lord Louis Mountbatten, this castle crowns a hilltop overlooking the two mile strand and two offshore islands.