Hot Shopping In London Enter the world of Game of Thrones 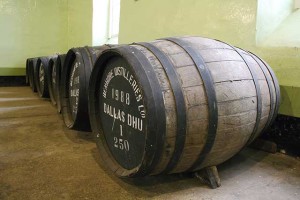 The Scottish landscape is a poetic one, with its rich heathers, majestic mountains, and the mist rolling in from the sea. This lyricism permeates Scottish culture from its old Latin name of Caledonia, to its fame as ‘the land of cakes’ after its oatmeal cakes, to the mythic Loch Ness monster, and Scotland’s dramatic history of clans. It is Scotch whisky that has most successfully translated this lyricism the world over, through its pure quality, its subtle aromas and golden glow that brings you back to the power of Scotland every time it is savoured.

Only once you are standing on the soil of Scotland can you be sure you are tasting real Scotch whisky. Outside of Scotland, “Scotch” whisky is often not real Scotch. In Scotland, the law mandates that anything labelled as “Scotch” has been matured for a minimum of three years in an oak cask. Genuine Scotch whisky is also distilled twice, if not thrice, in Scotland. Some of the finer varieties of Scotch whisky may even be distilled up to twenty times for their signature effect.

Scotch whisky has been produced in Scotland for as far back as anyone can remember. It is part of the soul of the country which is clear when you discover the source of the word whisky, an anglicized version of the Scottish Gaelic Uisge Beatha, pronounced ‘oosh-guh-beh-huh’, which means water of life.

Whisky tasting is as much an art as a science. The first step is the selection of the glass. A tulip-shaped sherry glass/copita glass/Glencairn whisky glass should be selected rather than a tumbler-style glass. This is because a tumbler will result in the whisky being warmed by body heat through its broad grip, and that its wide mouth allows the fumes to escape easily.

Why not enjoy a whisky tasting tour and learn more about the fascinating history of whisky production in Scotland? We can offer you the opportunity to experience a custom-designed, guided tour that takes you to various distilleries in the whole of Scotland so that you can appreciate the finer differences of Scotch whisky.