Castles of War & Romance in Wales Hot Shopping In London 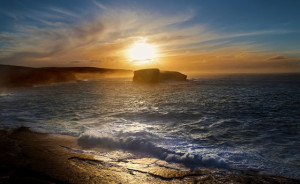 The Wild Atlantic Way is a 1500 mile-long tourism trail in Ireland, along the Atlantic coast. At one end is Inishowen in the North, and at the other end County Cork in the South. You can choose to follow the trail either way, or even part of it. Experiencing The Wild Atlantic Way is travelling into the heart of Ireland. On your journey you will witness Ireland’s essence as an island nation, with its unforgettable scenery, and experience all that Ireland’s rich culture and heritage has to offer.

The Wild Atlantic Way traverses through nine counties and three provinces. Along its route, there are several designated places of particular interest for visitors. Here are just a few of its treasures.

If you start your trip in the north of Ireland, Malin Head and Fanad Head will take your breath away as you experience their stunning views of the Atlantic Ocean.

Stop at Slieve League (Sliabh Leiag in Irish) to take some photographs. No matter where your vantage point is or what time of the day it is, you will find beautiful vistas to capture on camera.

At Mullaghmore Head, the waves lash furiously upon the shore. It is a surfer’s paradise, but if you are not into the challenges of surfing, Classiebawn Castle provides a scenic retreat set amid rolling green plains and mountains, alongside the wild sea. 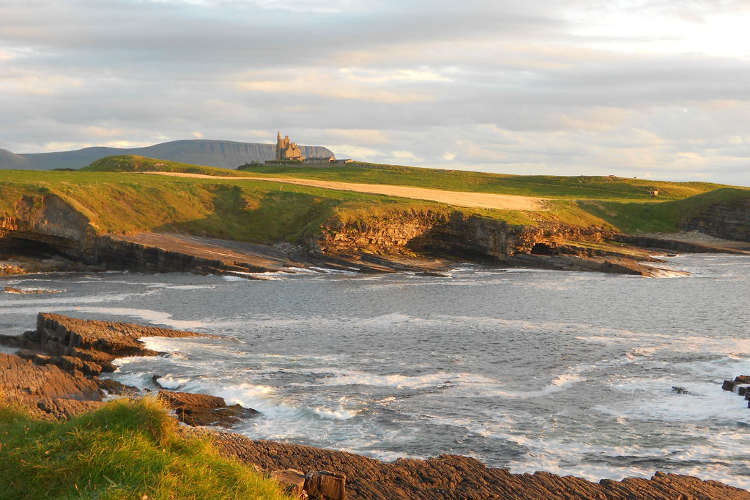 Traveling further south, you will come to Downpatrick Head in County Mayo. Here you will encounter an impressive sea stack in the form of the 164 feet-high Dun Briste (Broken Fort). According to local legend, when a pagan chieftain refused to convert to Christianity, St. Patrick struck the ground with his crozier, splitting a chunk of headland off into the ocean, with the chieftain on top. The sea stack is a stunning vision of multi-coloured rock strata.

Keem Strand is the perfect spot if you want to set up an easel and paint the pure beauty of the Irish landscape.

Killary Harbour offers Ireland’s only fjord in the heart of Connemara where you can enjoy a sightseeing boat trip.

Explore the bog at Derrigimlagh, famous for being the place where John Alcock and Arthur Brown landed after making the first trans-Atlantic flight in 1919. Here you can see the memorial to the aviation pioneers.

A visit to the world famous Cliffs of Moher is essential to experience the drama of Irish cliff tops, and witness the power and fury of the Atlantic Ocean. 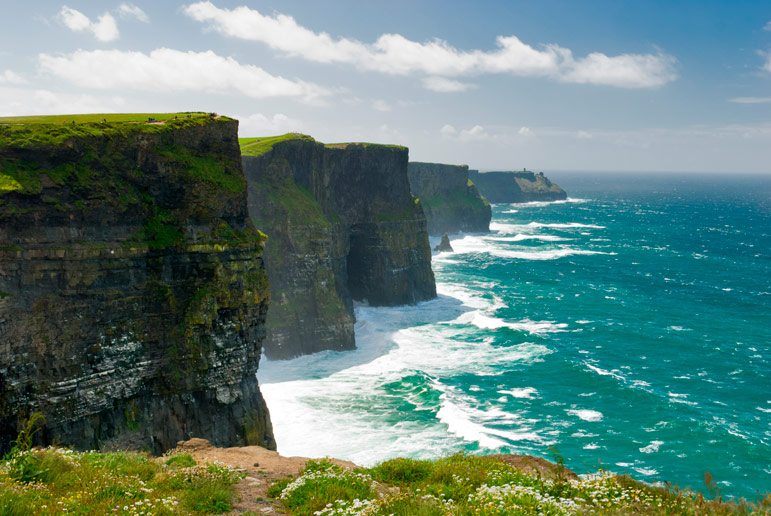 On the most westerly point of The Wild Atlantic Way, Blaskets View looks out upon the deserted Blasket islands. A visit to the Great Blasket Centre in the village of Dunquin provides a fascinating insight into the lives of the people who lived on the Blaskets before they were evacuated in 1953. You can also take a boat from the tiny harbour of Dunquin and visit the Blaskets. 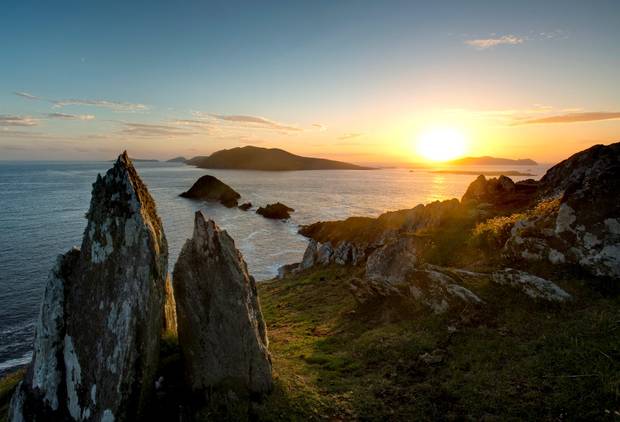 At Skelligs View, you can see the Skelligs Islands (recent stars of the latest Star Wars movie). An UNESCO World Heritage Site, The Skelligs are comprised of two remote sea crags. Skellig Michael, and Little Skellig. Their history dates back to the sixth century, when a group of early Christian monks settled on Skellig Michael, founding a monastery there. The well preserved hermitage, and beehive monastic remains can still be found on the island, despite the monks leaving in the 13th century.

Why not take a boat to Skellig Michael and immerse yourself in its ancient history, and powerful aura? 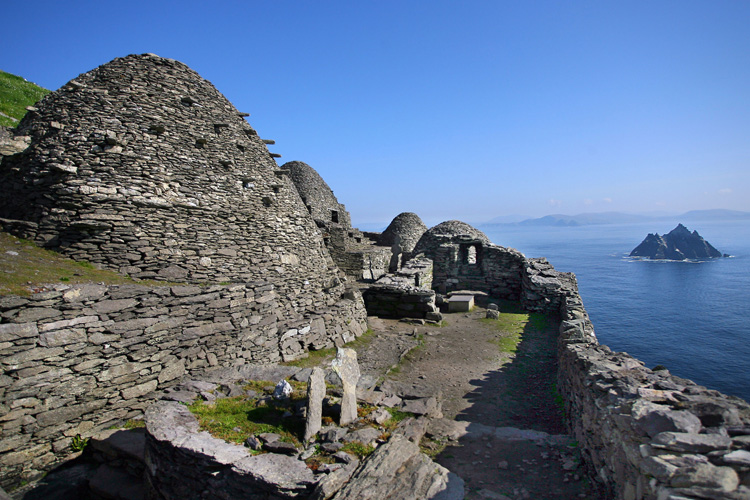 More history can be discovered at Dursey Island, connected to the mainland by Ireland’s only cable car, and one of the view inhabited islands, that lie off the south western coast of Ireland. On the highest point on the island is a signal tower dating back to the Napoleonic Wars. During World War II, a whitewashed sign reading EIRE was built close to the signal tower to indicate to pilots that they were flying over neutral Ireland.

Mizen Head was the first or last view of Europe for seafarers, depending on which way they were sailing. There is now a bridge to the lighthouse. 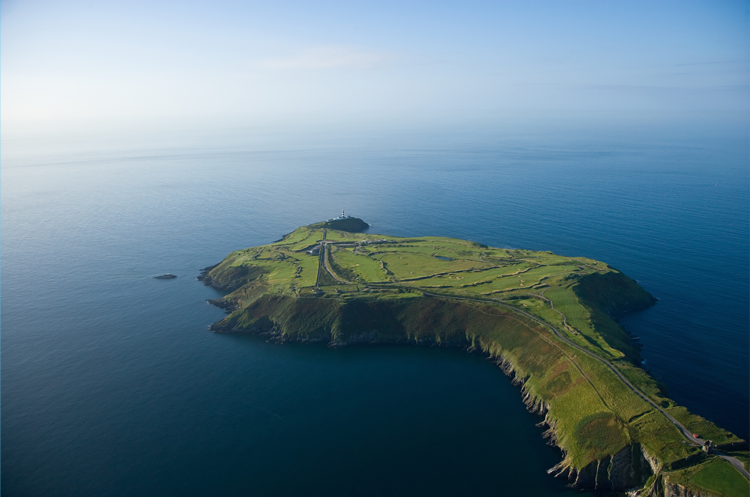 Old Head of Kinsale has an 18-hole golf course that overlooks the sea. You can also see where the tragedy of Cunard liner RMS Lusitania occurred, when the ship was sunk in 1915 during World War I.

Experience Ireland your way
These are just fifteen of the one hundred and fifty-nine signature Discovery Points on The Wild Atlantic Way. We can offer you a fully guided tour, chauffeured in a luxury vehicle, of some, or all of these unique places.